Born in Sainte-Flore, Mauricie, on October 10, 1909, he left his native region at the age of 29 to settle in Montreal.

Without work and without money, the beginnings in the big city are difficult for Léo Ayotte. He eventually found a job as a live model at the School of Fine Arts and subsequently became a janitor for the same institution.

While doing his job, he listens attentively to the instructions teachers give to the students, he learns quietly, and then gets to work. At first little recognized by critics, he organized his own openings at home. He is successful and earns enough money to meet his needs. He left for Europe in 1963 and this would greatly influence his works. Léo Ayotte is now sought after by collectors and his unique work is recognized. 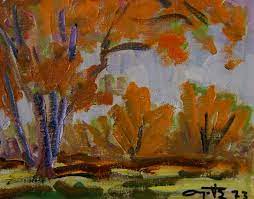 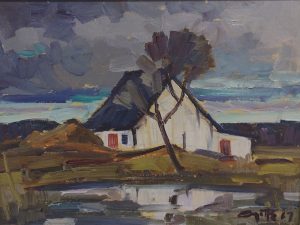