The little guy from Saint-Michel-de-Wentworth, born June 10, 1933 to a Breton father and a Quebec mother, in the 1960s became an essential star of Quebec song. For six decades, the one who was affectionately nicknamed “Tex” became known as a songwriter, animator television and radio, advertising spokesperson and comedian. Yet nothing he did – and you you will agree, he did a lot – could not satisfy him as much as being alone in his studio to paint. By taking us out of pre-established perceptions, Robert Bernier makes us discover, through his family, his career and his painting, the life of the versatile man but also full of dualities that he was. 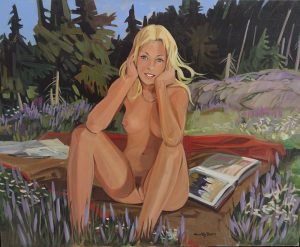